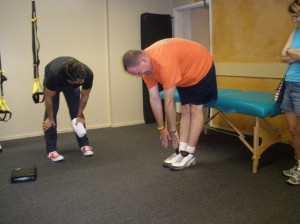 Great athletes can also be great compensators.  Some are so gifted or have developed such a high level of skill that it can mask other areas that are lacking.  This could include such areas as strength, mobility, conditioning and diet.  The rest of us may not be so lucky.  The important thing to remember no matter who you are, whether you’re already at the top of your game, or the person battling to take the next step in fitness, is that if you are serious about being the best you, identify your area of weakness.  As I heard coach Kelly Starrett say recently, “you are leaving money on the table”, meaning that in terms of performance, you might be leaving something behind.  (In this case, count your money Kenny Rogers!)  Kelly’s reference was specifically geared to movement quality and compensation patterns.  I met an athlete recently who has extremely tight hip flexors.  He expressed to me that he didn’t like stretching and that his lack of hip function didn’t concern him because he was already fast.  I disagreed.  He could potentially make himself faster by increasing his ability to extend his hips or in the very least decrease potential for injury with just a little bit of dedication. Taking Kelly more literally, performance can be potentially be enhanced enough to earn some extra money, whether that’s improving draft status or by delivering an explosive knockout punch in the final round.

When strength coach Jon Chaimberg started working with Georges St. Pierre, Georges had already reached the top of the mountain and at one time been a UFC Champion. However, according to Jon, Georges had become a champ despite the fact he was not very physically strong.  Georges was only able to perform 8 bodyweight chin ups and was bench pressing 55 lb. dumbbells when Jon first started working with him.  He currently has improved his strength levels to where he can perform 8 chin ups with 80 lbs strapped to him and regularly bench presses with 120 lb dumbbells.  Did simply getting stronger make Georges one of the top fighters in the world?  Absolutely not.  Is Georges taking his game to the next level by identifying areas for improvement?  Yes.  His explosive strength is now just another tool in the toolbox and one more way to stay on top.

I am an avid watcher of the HBO show Hard Knocks each season and for the record I hope that the NFL figures things out soon just so I can watch again this year.  I can remember watching a while back and hearing Chad Ocho Cinco Johnson talk about how he eats McDonalds almost everyday before practice.  Now I don’t know if he was being serious or if he got paid for that, because let’s face it, he appears to love marketing himself almost more than football, but if it’s true it is clear that Chad is a very good football player despite his poor diet.  One could argue that he is one of the better receivers in the league but I certainly wouldn’t recommend eating McDonald’s because Chad Johnson does.  Again, whether it’s true or not I can remember the same thing being said about Usain Bolt, the fastest man that has ever lived.  Is Chad Johnson going to stop talking catch 150 passes and Usain Bolt run sub 9 seconds in the 100m because they eat healthier?  Not a chance.  It will however give each man a better chance to recover on a daily basis and possibly perform at a higher level over a longer period of time.  These guys are one in a million athletes but should they seek to take their game further, there is room for improvement, money to be taken from the table. 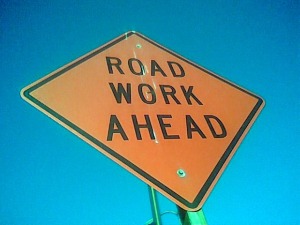 The performance world is constantly changing and improving with science but old school training methods die hard.  Floyd Mayweather Jr. and various other fighters including Fedor Emelianenko have at one time been champions in their sports despite the fact that they do “road work” and run for several miles a day.  Most strength and conditioning professionals would only recommend this style of training to runners, not someone who needs to be explosive and looks to deliver knockout power.  It’s been suggested that these fighters as well as other top guys train very hard and explosive in other areas and are able to make up for the fact that they might be training very slowly to improve conditioning.  One could argue that their road work habits are more or less a waste of time as far as improving what will occur during a 36 or 25 minute (or less) fight with scheduled rest.  The problem arises when less skilled fighters copy those training habits and are, you guessed it, leaving money on the table.

So what is the lesson here?  It can apply to anyone, but first, some of those at the top of their game are so good at what they do, while other parts may be severely lacking, you wouldn’t know it.  Second, for those people, as well as the rest of us normal humans, there will always be another step to take to get to the next level. That next level could be losing 10 lbs or becoming a Hall of Famer in your sport.  Identify where your weak point may be.  It could be your diet, some poor training habits that you are still hanging on to, or lack of mobility that you were just able to identify.  Some athletes are more gifted than others, yet in the name of health, longevity and championships, every last detail counts.  Most of us that are not elite athletes can always make progress if we really seek it.  Work hard but don’t leave money on the table.  I leave you with this quote, which I wrote down once, and I have no clue where it came from.  It says, “Contemporary athletes are superior not because they’re somehow different but because they train themselves more effectively.”

1 Response to The Next Level