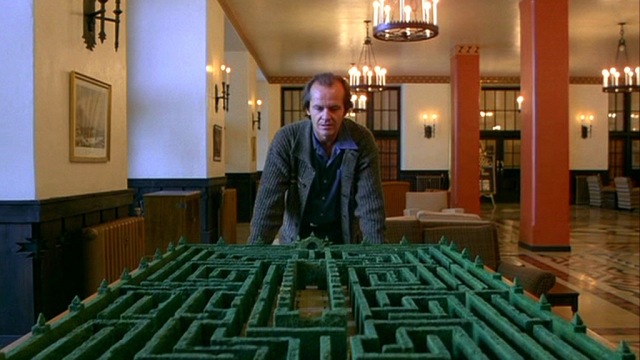 Difficult.  The opposite or antonym of simple.  I personally like to keep things simple.  So I went to IKEA the other day for the first time to buy some shelves and well, hated it.

I don’t know that I’ve felt that dumb in a long time.  At least, not since one of those times where a girl was totally in love with me and everyone else knew but me.  Really?  I had no idea.  Anyway, I go to the store where people frequently buy furniture and allegedly delicious Swedish horse meatballs.  Well not only did I feel lost like a mouse wandering through the maze but when I finally figured out what I wanted to buy, things didn’t get any easier.  Call me old fashioned but I’m used to taking things off a shelf and going to the register.  If it were a couch I figure, you know, an associate would help me, as I won’t be carrying it out.  Well, finally like a child, I follow the arrows on the floor and find the end of the maze.  I mean, how to get downstairs again, where what equates to a chain link fence is keeping me out of the warehouse and registers of people exiting said warehouse are blocking the only openings.  Alone and confused, and feeling like less of a man, I ask an employee what to do.  He was helpful in describing the laundry list of directions that are needed to simply make a purchase.  I finally tracked down a cart, which took quite a while considering the volume of shoppers needing them to move heavy things.  All told, I figured out how to buy the shelves and get out only to find the next morning that I purchased the wrong color.  Back to the store while humming this song in my head.

Now you may be wondering, aside from the fact the shelves from IKEA were for the gym, what the hell does any of this have to do with training?  Training, weight loss, dieting and the like can all be difficult things for people.  And apparently so can virgin trips to IKEA.  But the fact is, the majority of the time, dare I say 80% of the time, it’s much more simple than you think.  Eat less sugar and more foods that contain less ingredients while moving regularly.  (Eat more horse meat?  Not sure).  Pick something up, put back down, lift it overhead or take it for a walk.  Simple.  Not necessarily easy, but the concept is simple.  If simplicity is the ultimate in sophistication as Da Vinci stated then as each year passes I become more sophisticated at least in terms of working with people from a training perspective. One of my favorite coaches, Dan John likes to say that clients want two things: results and to not feel stupid.  I deal in training.  I am not a life coach or a Registered Dietician, but if you are looking for results in your training and to not feel dumb, keep it simple or fundamentally sound as my friend Nick likes to say.  Master teh basics.  Shopping at IKEA is not simple.  I don’t care what anyone says.  There is nothing fundamentally sound about walking through those doors and looking up confused at various signs like you’re at the airport in a foreign city.  I felt stupid and now have a new addition to my boycott list which includes such things as Sex and The City, Harry Potter, Twilight, Titanic, etc.  Does IKEA get results?  Sure, people love it there but I now know that it’s not for me.  I don’t require much, just a basic process to make a simple purchase.  I’d prefer to avoid a perilous journey through the furnished forest of no return only to be followed by a walk upstream against the flow of cattle trying to knock me down.  All I’m trying to say is, it doesn’t have to be this difficult.  In the very least life, including work, kids, relationships and trips to IKEA can be difficult.  Don’t let your training be the same.  You might as well keep your training simple and save yourself some aggravation.  For tips on how to keep it simple refer to these:

Training, Fitness, Exercise, Whatever: It’s Easier Than You Think

6 Responses to Keeping It Difficult