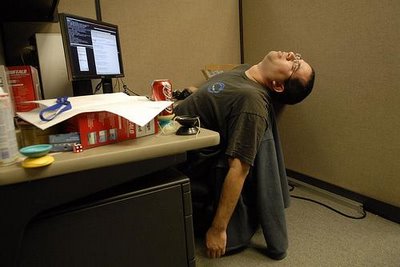 Recently an article entitled “The Scientific 7-Minute Workout” was published in the New York Times Magazine. It was based on an article in the American College of Sports Medicine’s Health and Fitness Journal called “High-Intensity Circuit Training Using Body Weight: Maximum Results With Minimal Investment”.  As far as the authors’ suggestion that a relatively complete training session with only bodyweight can be completed in a very short amount of time, I completely agree. As well as with their statement that “…..when facing seemingly infinite demands, one’s ability to manage and expand physical energy can be severely compromised. This can result in persistent fatigue (physical, but also emotional and mental) and a growing level of disengagement with one’s career, family, friends, and personal well-being, which can ultimately lead to performance failure.” Understandably there are days that just won’t allow a person to train because work or the kids, or whatever is just kicking his or her ass. We’ve all been there. But I know from experience, just a quick routine that gets you moving can first, give you a great energy boost making you feel a lot better and second, keep you on track toward your goals which is much more in line with the article.  7 minutes may not be ideal but it is far superior to sitting and eating. Plus, maybe you actually have 15 minutes or perhaps 10 minutes this morning and 20 later tonight. That is plenty of time to keep you moving well and in the very least maintaining a basic level of strength and fitness.

Now, I’m not totally in love with the 12 exercises that the authors chose for their circuit as some were rather redundant and others just poor choices in my opinion.  After all, who does crunches anymore?  And I’m pretty sure wall sits have been banned from all training facilities that aren’t associated with the screaming “trainers” and teary eyed victims, a.k.a the “The Biggest Loser”.  So in light of that I designed two of my own.  Both circuits contain only 9 exercises as opposed to 12 but I believe these movements cover more overall and thus 12 is not entirely necessary. Although I’m sure the authors wanted to be specific in a protocol of sets and reps or in this case time, I don’t think 30 seconds is all that important nor appropriate for some people. I think that for the typical person I see just walking down the street, which very well may be the same person interested in a quick effective workout because they lead a busy life and/or are intimidated by the gym, is not capable of 30 seconds worth of quality push ups. There are ways to modify push ups such as a high table or countertop to put your hands on. The same would probably go for the bench dip although I think that’s a poor choice anyway and therefore eliminated it from my suggestions. Keeping the effort level at around 80% of maximum or even less would allow for good form and multiple sets of each exercise. Finally, workout #2 has slightly more difficult exercise selection and the use of furniture sliders. I figure that sliders are cheaper than a chair anyway and as far as training goes, even more versatile. We have found that these sliders are your best bet.

9.  Side Plank to Thoracic Bridge

5.  Side Plank to Thoracic Bridge