How To Build Confidence, Feel Younger and Look Better Naked

Posted on October 4, 2013 by MikeBaltren

Spoiler alert!  This is not a lengthy read.  Resistance training is the answer.  It’s only a piece of the puzzle based on the fact that eating fast food everyday and continuing to sit after work while doing bicep curls will not be enough.

Confidence:  Knowing that you are capable of moving both your body and various objects, including other humans, with relative ease allows you to be confident with everyday tasks as well as athletics.  If you train on a regular basis think about this: When something at work or in your friend’s garage needs to be moved do you see it as a stupid, impossible task that you want no part of or a challenge?  I thought so.  Just like some of these people. 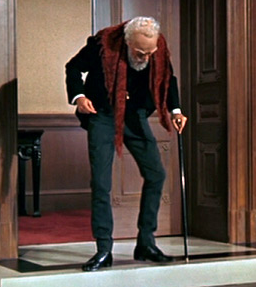 Feel Younger:  Training with resistance, when done properly, will keep you feeling younger.  You need to battle against both gravity and your lifestyle, which likely involves using such innovations as a computer, television and car.  All seated! Your body adapts.  A lack of movement shows regardless of age.  So does a body that is full of vigor and moves often.  I’m not trying to pick on anyone but you don’t want to be the guy in the picture above.  It’s been well documented that we lose muscle mass as we age.  Well, keep training and in the very least, slow the process.  Consistently move and move well and you’ll feel younger than others your age.

Look Better Naked:  It’s not a secret.  Many people “workout” to look and feel better about themselves.  Being naked or with minimal amounts of clothing on say, at the beach, can understandably be an issue for people.  Who feels 100% ok with themselves?  I would argue no one.  If you are looking to make a change in body composition, simply running or dieting will only take you so far.  You will still be soft.  And let’s be honest, most people want to have some muscle tone and shape.  How to sculpt that the best way?  Move your body against some resistance.  Sometimes it will be just your body, other times you need to pick up progressively heavier weights.

This entry was posted in Uncategorized and tagged Kettlebells, Resistance training, Strength. Bookmark the permalink.