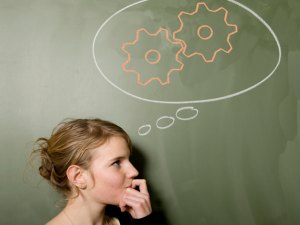 Why do I value strength so much?  Sometimes I wonder.  Yesterday I was thinking about so-called “metabolic circuits”.  You know, several exercises done in a row at a quick pace designed to burn fat and get the heart rate going.  I will sometimes use this style of training, but within reason, and certainly not for a full hour.  I think that much of the time, to perform these circuits the person needs to have at least some kind of level of technical mastery.  In my experience, more often than not, people need to take time to build strength and efficiency in movements such as the push up, squat, lunge, etc., than to do them at a quick pace for high reps.  Now when I’m talking about strength, in this case I don’t mean really heavy weights and chasing numbers all the time.  I simply mean moving well and being efficient.  I suppose that’s the argument for self limiting exercise.  Using tools like the sled and ropes are rather safe and difficult to do incorrectly even in a fatigued state.  The same reason I prefer those to push ups and lunges as conditioning.  At least part of all the training sessions I conduct are going to be dedicated to “low rep” strength training every time.

So again, why do I value strength so much?  As Charles Staley states, it’s at the top of the hierarchy.  Want to tone up?  Get stronger.  It’ll help quite a bit.  Want to get faster and more physical on the field?  Get stronger.  How would you like to be a more efficient endurance athlete and minimize injury?  Build some real strength.

On an unrelated note.  Have you seen this video?  If you haven’t read The Talent Code, Talent Is Overrated, or Outliers, I highly recommend them.  Although not exactly the same, and written by different authors, these books have many similarities.  Get an idea of what The Talent Code is about from this video.

Today the latest issue of Hardstyle Magazine showed up under the door at the gym.  I skimmed through it quickly but this quote from Pavel caught my eye.  “And the training of an athlete who has passed his beginner “accumulation” stage is a zero sum game.  Which means that pointless exercises not only unnecessarily tax time and recovery but create competition to the money lifts for synaptic sites.  You have two choices: concentrate your gains on your competition events and a handful of big payoff strength exercises or spread them thinly over “random acts of variety”.

What does this mean to me?  Well, first what he is saying and expanded upon further in the article relates to the neural aspect of training and learning talked about in the video above.  Second, know why you are doing what you are doing in your training.  There should be a reason for it.  What is the goal?  Does your behavior match that goal?  On an even simpler level, does your program include the essentials?  It may be slightly different for some but generally a push, pull, squat, and hinge.  Or upper and lower body pushing and pulling.  If you are an athlete, don’t waste your valuable time and stay focused on your goals.  If you are not training for anything specific it’s still the same to me.  You only have a certain amount of time to train per week.  Be focused and use the highest payoff or bang for your buck movements and drills.

2 Responses to Thinking Out Loud